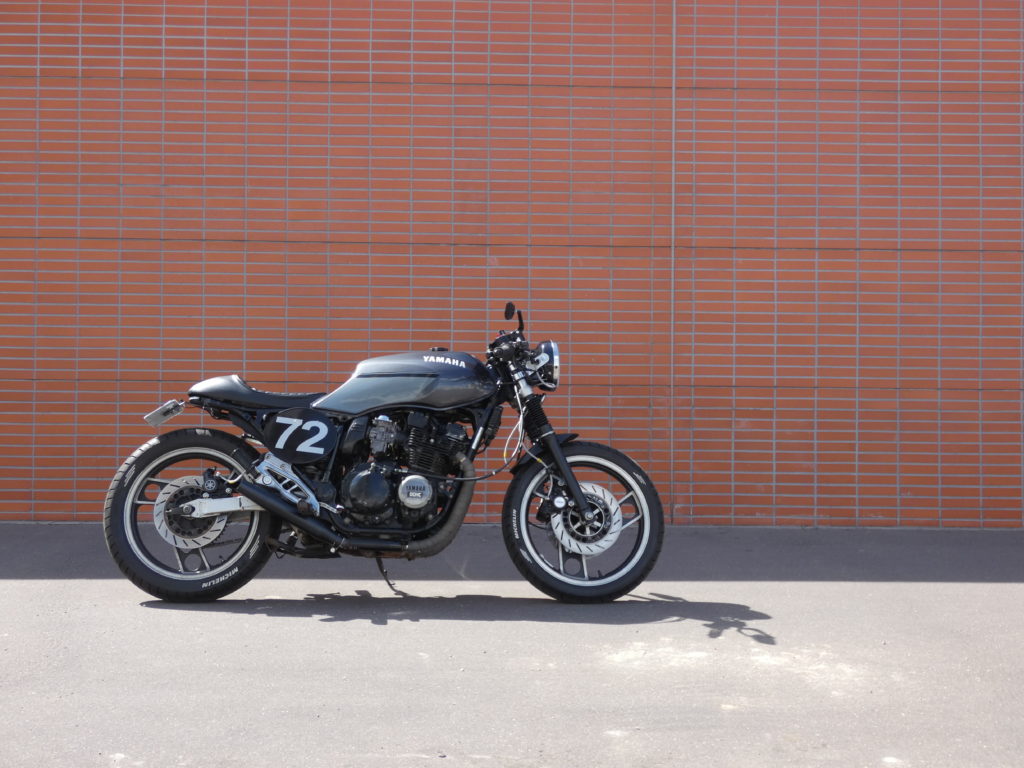 Although looking clean from the outside, the bike was in a pretty bad condition: the fuel tank was completly rusted on the inside, carbs were clogged with rust and many parts or bolts were stripped or corroded. 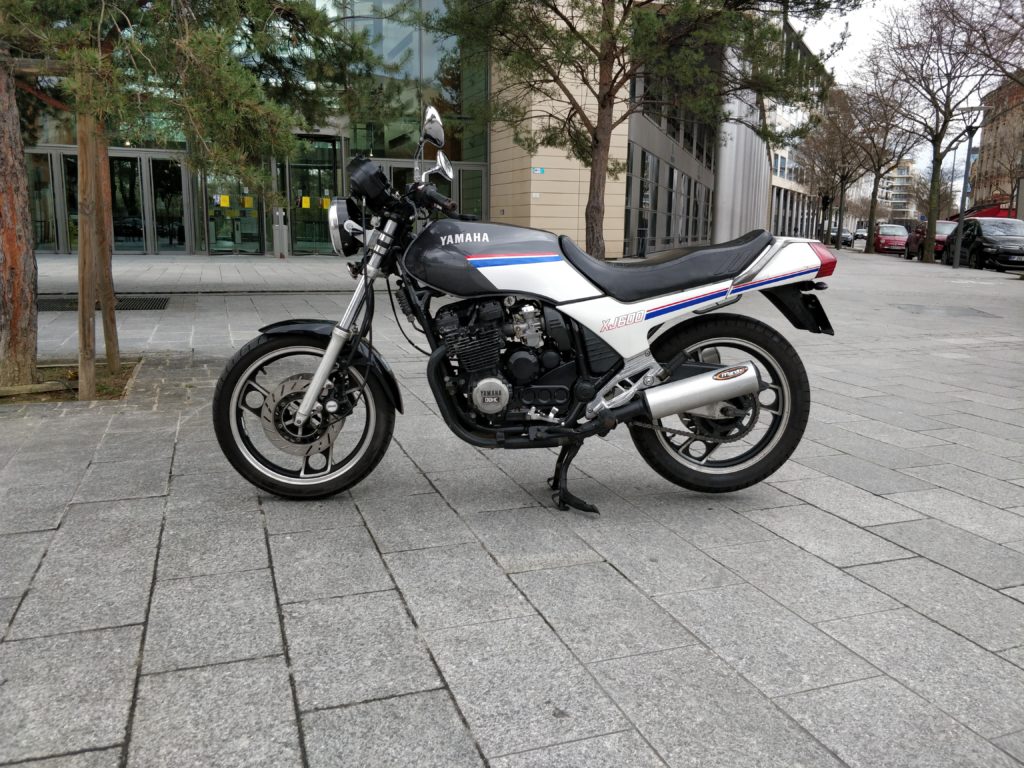 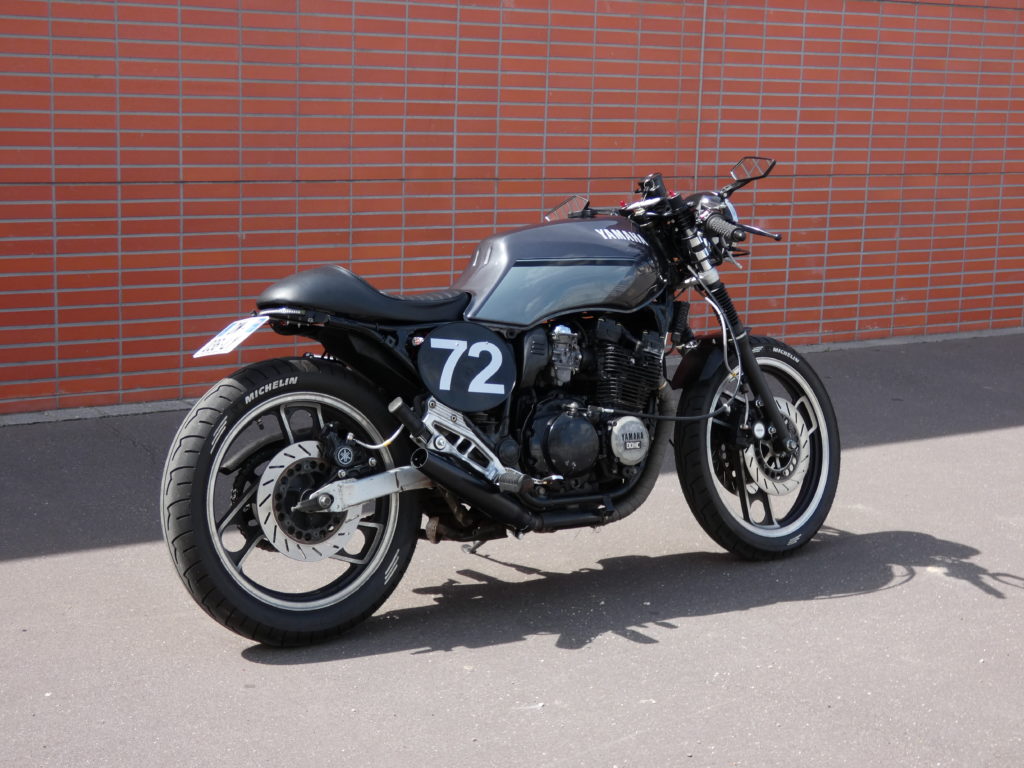 The first step was to make the bike run great again : 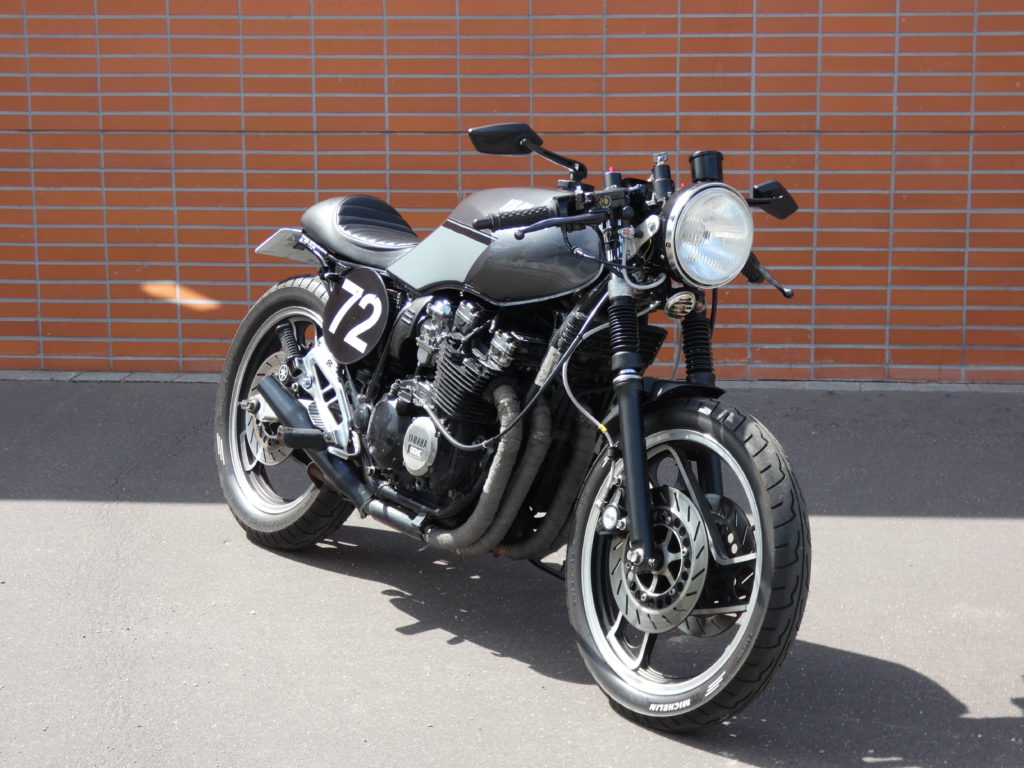 But the work didn’t stopped there, the goal was to achieve a bike that looked good, but also ride good, so the performance of the bike was increased: 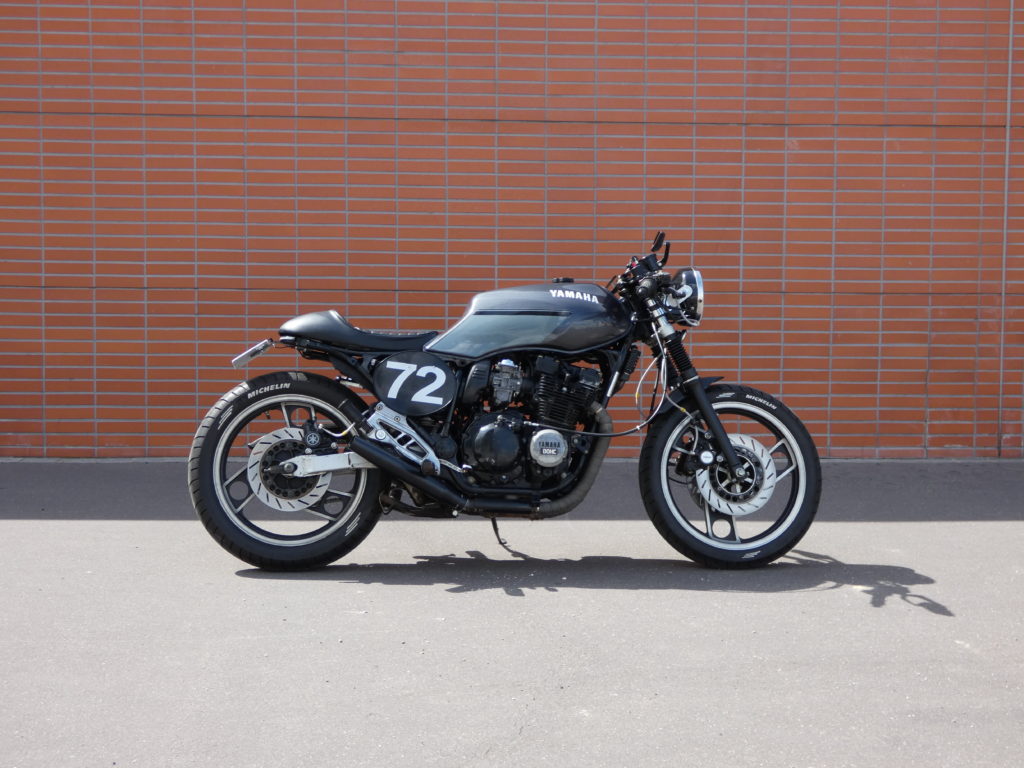 This bike, although been 34 years old, is now to the standard of a modern naked bike with its 72hp engine, very light weight (about 20kg were lost in the cafe racer project) and powerful braking! 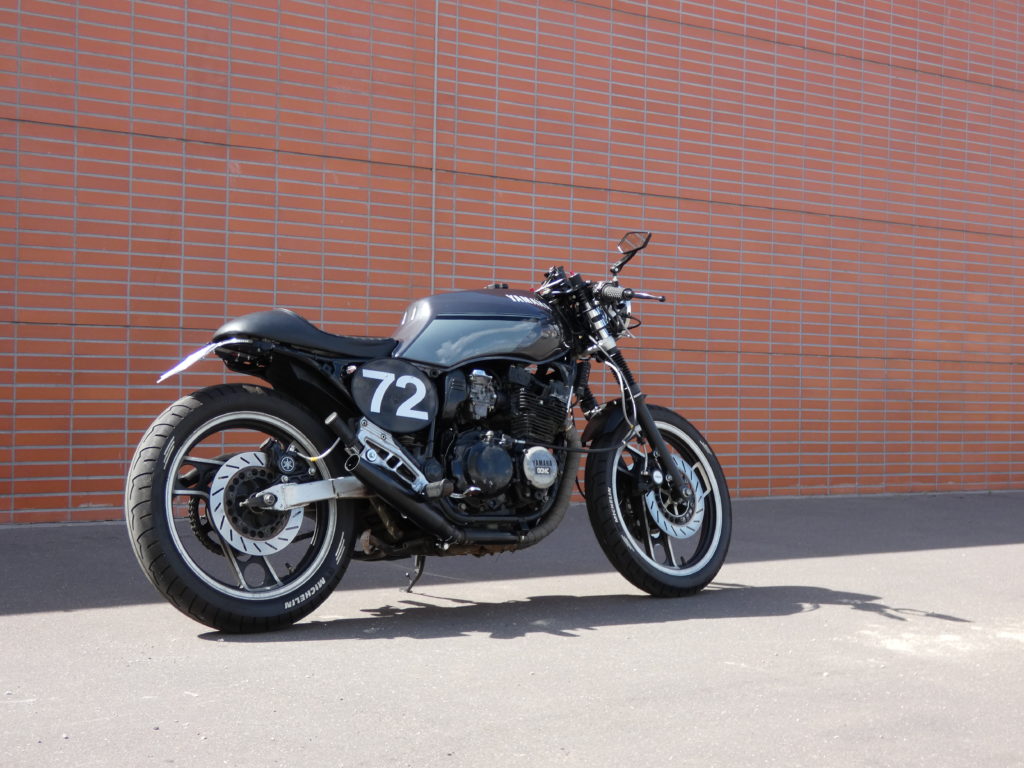